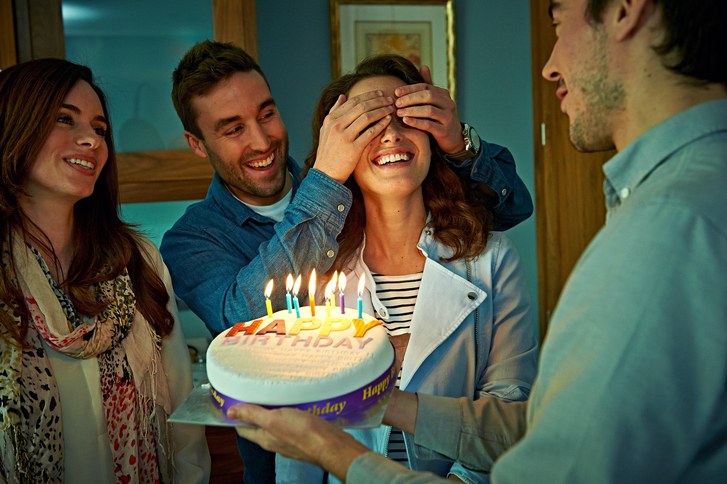 A surprise party is exciting to plan until you’re actually trying to execute and implement it. You’ll find yourself constantly in limbo and trying to come up with stories on how to hide the party from the intended guest of honor without rousing her suspicions.

So as not to ruin a surprise party that you painstakingly planned and executed, here are the top five cover stories you can use to avoid suspicions from the celebrant:

Sometimes, telling your guest of honor that you have a small celebration planned for her day is the best cover story you can come up with. When the guest of honor already knows there is a small party waiting for her, she won’t anymore try to investigate further nor would she think that it’s actually a party for 100 people in her honor and not an intimate party with her close friends and family.

Does the guest of honor have a weekly routine where she goes to a certain restaurant for some drinks with her friends? If she has this routine down pat, use it to celebrate her big day. She wouldn’t even know there’s a party waiting for her there because she’s regularly there anyway. You wouldn’t even need to convince her to visit the restaurant. And if you want to do it in your home, you can use the time she’s away to set up the décor and the food so that when she goes home, everyone’s waiting for her.

Tell her that you need to talk to her in person because something came up and you need a friend. Make sure you’re good at faking tears and sobs because you need to be really convincing to persuade the guest of honor to drop whatever she’s doing and go to where you want to meet. The guests should arrive 30 minutes before the guest of honor does.

An “I Forgot” Excuse

Invite the guest of honor to go walk in the park or have a picnic. Prepare everything that she expects for a picnic so she doesn’t suspect anything. In the middle of your walk to the park, slap your forehead and tell her you forgot to pick up something from a store. The next thing you know, you’re standing in the middle of the room with you and everyone else yelling “surprise!”

A Celebration for Someone Else

If there is another person whose birthday or anniversary is close to the surprise party date, use that as an excuse to go to where the party is supposed to be. You can tell your partner or mom that someone is getting a work award in a hotel, for example, so you need a date to attend the said event. That will give you an excuse to ask the guest of honor to dress up nicely for her own surprise party.

All items are at a store-wide discount! Sale ends in 24hrs. Dismiss